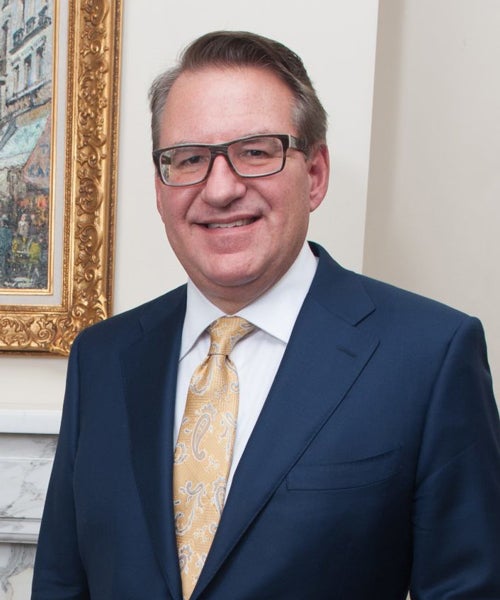 Kurt D. Lloyd is a personal injury trial lawyer who focuses on medical malpractice and other catastrophic injury cases.

Kurt D. Lloyd lives in Chicago and represents injured clients throughout Illinois. He is a 1985 graduate of IIT/Chicago-Kent College of Law.

He is the founder of Lloyd Law Group, Ltd.

He immediately began working as a plaintiff's personal injury lawyer.

In 1986, he tried his first plaintiff's jury case.

In 1998, after compiling the prerequisite 50 jury verdicts, the prestigious American Board of Trial Advocates invited Mr. Lloyd to become a member.

In 2002, Mr. Lloyd won a $6.0 million award for a brain damaged child against two obstetrical practice groups for failure to cross-cover for the patient and obtain necessary prenatal testing.

In 2005, Mr. Lloyd as the lead trial lawyer obtained a $7.5 million victory on trial for a brain damaged woman for failure to timely run a EKG which would have led to diagnosis and treatment for an evolving cardiac arrest.

In 2007, Mr. Lloyd lost a controversial medical malpractice-wrongful death case, which he later learned through post-verdict juror interviews, was the result of hidden juror defense bias. This devastating loss drove Mr. Lloyd to do legal and social jury research, which he uses as a tool to discover and overcome juror bias in favor of the medical profession and, ultimately, to write his book Jury Selection.

In 2009, Mr. Lloyd won another record-setting jury verdict against a neurosurgeon for negligent hand surgery.

In 2012, he again obtained a record-setting jury verdict against a sinus surgeon in a rural Illinois county for causing double vision in a retired artist.

Throughout his career, Mr. Lloyd has obtained over $300 million favorable case results.

During his career, Mr. Lloyd has been contacted and retained by numerous referring attorneys to handle medical malpractice cases which had been previously dismissed by other plaintiff's attorneys. After Mr. Lloyd's experienced case analysis and use of leading, nationally recognized expert witnesses, he has re-filed cases for referring attorneys and obtained settlements either before or during trial in amounts ranging from $500,000 to $8,000.000.

In 2016, Mr. Lloyd's book Jury Selection was published, which is the first and only book for trial lawyers on the subject in Illinois.

Mr. Lloyd has held numerous professional positions and received many honors and awards as a plaintiff's medical malpractice lawyer. From 1995 to 1997, 2004 and 2007, he was the moderator and education planner for all statewide medical malpractice seminars for the Illinois Trial Lawyers Association, the most widely attended seminars by fellow Illinois trial lawyers. In 2000 to 2002, Mr. Lloyd was a member of the President's Circle for the American Association of Justice.

Mr. Lloyd is a regularly invited key speaker on numerous topics in the field of plaintiff's medical malpractice law and jury selection, including plaintiff's motions in limine, informed consent, plaintiff's use of medical literature and other published standards and guidelines, presenting expert witness opinion testimony, jury instructions and opening statement and closing argument.

Most notably, because Mr. Lloyd has gained a reputation among attorneys for finding and presenting nationally recognized medical expert witnesses to prove the plaintiff's medical malpractice cases, Mr. Lloyd has become a key speaker to trial attorneys on the methods, techniques and strategies for finding, producing and effectively presenting plaintiff expert opinion testimony to the jury to prove medical negligence.