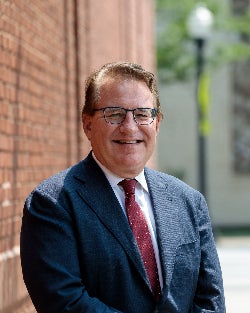 Mr. Lloyd also often agrees to partner with other plaintiff's trial attorneys who want him to act as lead counsel in major injury cases which are ready for or approaching trial.

Kurt D. Lloyd lives in Chicago, Illinois. In 1985, after graduating from IIT/Chicago-Kent College of Law, he immediately began working as a plaintiff's personal injury lawyer.  He founded the Lloyd Law Group, Ltd., a plaintiff's personal injury and wrongful death law firm which focuses primarily on medical malpractice and other catastrophic injury cases throughout Illinois.

Mr. Lloyd has a long history of re-filing dismissed plaintiff's cases and winning  substantial jury verdicts or settlements.  For example, between 2013 to 2016, on behalf of many new referring attorneys, Mr. Lloyd has settled several re-filed medical malpractice cases in amounts ranging from $500,000 to $2,000.000, from which other attorneys had dismissed and withdrawn.

Mr. Lloyd has received many honors and awards.

In 1998, after having compiled 50 jury verdicts, Mr. Lloyd became an invited member of the prestigious American Board of Trial Advocates.

in 2000, Mr. Lloyd was chosen as one of the original Super Lawyers in Illinois.  He is one of very few plaintiff's trial lawyers who for the next 15 consecutive years has continued to be chosen by his attorneys peers as an Illinois Super Lawyer.

Mr. Lloyd has been designated as one of the Top 100 Trial lawyers by the National Trial Lawyers Association.

Mr. Lloyd is the author of Jury Selection, the first and only published book on the subject for Illinois attorneys. Mr. Lloyd strongly believes that if the plaintiff's lawyer does not select the right jury, then his case is lost before the evidence starts.  Mr. Lloyd wrote his book for Illinois trial lawyers based on his courtroom experience and his years of legal and social science research into juror bias.

Mr. Lloyd speaks to fellow trial lawyers on topic: "Juror Deselection:" The Law and Voir Dire Techniques for Jury Selection, which is based on his book Jury Selection.

Most notably, because Mr. Lloyd has gained a reputation among attorneys for finding and presenting nationally recognized medical expert witnesses to prove the plaintiff's medical malpractice cases. Mr. Lloyd has become a key speaker to trial attorneys on the methods, techniques and strategies for finding, producing and effectively presenting expert opinion witnesses to prove medical negligence.